Do you know What the North American Heavy Truck Market is Like?

Do you know What the North American Heavy Truck Market is Like?

History of US freight forwarding

Studying the history of US freight transportation development, we can see that since the government deregulated in 1980 (before the freight price and cargo transportation qualification were unified by the government to protect the interests of cargo owners and avoid vicious competition), a large number of new freight companies entered this The industry has led to increased competition in the industry. The unit price and profit of the company have continued to decline. Some companies with weak competitiveness have been acquired or bankrupted. The road freight enterprises have rapidly divided into LTL and TL markets. Subdivision.

Nearly two-thirds of the top 100 companies in 1979 shipped out of the rankings in 1989, and these companies either lost their market share or were acquired or went bankrupt. The US economy continues to grow, and the demand for capacity continues to increase. Nearly 80% of transportation is achieved through roads. This part of the lost capacity is compensated by the new capacity to enter the market. These new transportation capacity pays more attention to customer demand, cost changes, adoption of new technologies, and improvement of transportation quality. Therefore, the US transportation market is evolving in the direction of intensification, and on the other hand, the quality of the entire industry is constantly improving. It laid a good foundation for the continuous acquisition and merger of the industry. Since the US freight market was centralized and controlled by the government before 1980, the entire market was relatively standardized. Each company had to report all financial and operational figures to the government on a regular basis. The corresponding legal system and social credit system were relatively complete. After deregulation in 1980, it was not the government that completely disregarded it. The states still have their own control systems. The relaxation of the government is also a gradual process. Therefore, the US freight industry is still developing in a healthy and sustainable manner. 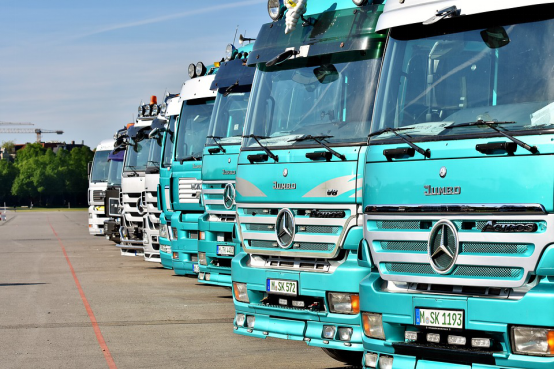 As we all know, the heavy truck industry has always been the vane of the national economy. The quality of the economy, the degree of infrastructure construction, the size of the traffic and freight volume, and the interlocking of these factors will have a close impact on the sales of trucks.

Matt Kilgore, regional sales manager for the American truck brand Kenworth in Kansas City, Miss., said that with the recovery of the US economic situation in 2017, the real estate and infrastructure industries recovered, and the demand for trucks increased.

And this kind of good development trend in the freight market, it also shows the freight rate rise. According to industry data provider DAT Solutions, the spot freight rate for trucks in December 2017 (common rather than refrigerated or flat) reached $1.81 per mile, up nearly 21% from the same period last year.

However, this is not a continuing phenomenon throughout 2017. Steve Tam, vice president of ACT Research, said that the recovery in the freight market triggered by steady economic growth mainly occurred in the second half of 2017. At the same time, the truck main engine factory has been fighting for the price war, which has made the sales of the truck market, which is heating up, more and more popular.

According to data provided by ACT Research, the order volume of North American 8-level heavy trucks in December 2017 was 37,500, an increase of 76% over the same period of the previous year.

Michael Baudendistel, an analyst at Stifel Financial, explained that behind today's strong market demand, it is worth noting that some small and medium-sized logistics companies have contributed a lot of orders at a price concession.

Since last month, US federal law requires trucks to install ELDs (electronic recorders), which connect the engine to read the vehicle's travel time route, forcing the driver to work within 14 hours of work a day. More than 11 hours.

Under this influence, the current capacity of the United States has declined, while on the other hand, market demand has shown an upward trend. Faced with such contradiction between supply and demand, many logistics companies choose to add vehicles to replenish their capacity, which also happens to promote the sales of trucks.

The increased market demand has made logistics companies feel pressure, but also has a significant impact on truck manufacturers. It should be noted that from mid-2015 to the first half of 2017, the North American freight market has been in a tepid state for a long time, and the number of vehicles has become the norm. For this reason, the truck companies represented by Volvo have laid off employees in 2016. To reduce costs. Nowadays, the market is in short supply, and in the face of insufficient production capacity, these enterprises have begun to recruit new employees.

Volvo's spokesperson John Mies told everyone that Volvo Trucks had recalled workers who had been dismissed at the Dublin plant last year and had to look for hundreds of new employees who would employ 2,400 workers. Similarly, Volvo's Mark Trucks will add approximately 400 workers to its downstream facility in Lower Macungie, Pennsylvania, and plan to increase the number of employees to 2,400 this year.

In the new year, re-investment in recruiting new employees shows that the industry is generally optimistic about the operation of the 2018 cargo. ACT Research predicts that the order volume of 8 heavy-duty trucks in 2018 is expected to exceed 300,000, an increase of about 19%.

If you find any opportunities in it and want to own a truck of your own, come and pick it on our website!