Some Information about the Tractor Head

As we all know, trucks are a great way to transport all kinds of goods, and their driving requirements are much higher for drivers than those of small cars. The express delivery we buy online in daily life, including vegetables and fruits for three meals, as well as the materials sent to the disaster area are basically delivered by trucks back and forth. I don't know if you have ever observed it carefully, but most of the trucks we see in our cities are flathead trucks. However, the trucks we see on Chinese movies and TV in some years are relatively long in the front. Is the long-headed truck gone? So why are all the trucks we see in American movies with long heads? In fact, the disappearance of the long-headed truck can be said to be the call of The Times. Because a few years ago, our country issued a new regulation, requiring that the length of the truck should not exceed the specified length. While most trucks are used to transport goods, logistics companies must be thinking of carrying more. In the same length of the condition, flathead truck is obviously more than long headed truck load, also favored by logistics. Over time, the long head was removed from the design and replaced with a flat head, enhancing the overall usability of the truck and increasing its length.

Let's look at it another way, from a safety standpoint. Obviously, flathead truck short head, the safety factor is higher. If the truck has a long head, the distance between it and the previous car needs to be converted. With this extra consideration, some drivers may not have enough ability to think under special circumstances, such as fatigue driving, or when they feel uncomfortable, which may easily lead to traffic accidents. A flat-headed truck, with less distance, gives the driver more room to maneuver, reducing the number of accidents. 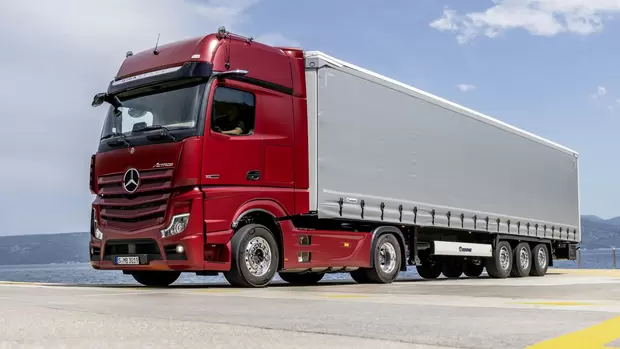 Because the front of the long-headed truck is flat, the middle cab is required to be in a high position, which is easy to cause that the overall body of the car is much higher than the normal car. Not easy to see low things, resulting in visual dead space. In addition, in the process of driving, the driver will also be blocked by unnecessary height, for example, a short figure suddenly jumped out of the road, or there is a relatively short obstacle, at this time, the blind angle may lead to fatal accident. Flathead trucks obviously don't have to worry about that, because they don't have any visual dead space, so the driver can control the field of vision very well.

But in America, by contrast, most of the cars used to be flatcars. However, in recent years it has gradually changed to a long-headed truck, why? Because for the United States, their population is not as large as China's, and the roads are relatively wide. In that case, they don't have to worry too much about the front of the car or the height of the field of vision. What America needs is speed. Because the long-headed truck can move faster than the flat head truck, it also has more power and maneuverability. This improves the efficiency of the truck in carrying goods. Even with Long-headed trucks, the U.S. has a much lower accident rate than China, so they can push the limits as they want.