2018 was the year of the dog, a year when it was popular for political leaders to play roles as dictatorial mushers, grunting populist calls to their sled teams.  What was sorely missing on most teams, however, were good lead dogs that could course correct, set the pace and most importantly, ignore any ill-advised commands from the mushers, many of whom were so caught up in chanting jingoistic rhetoric that they lost the trail and led the pack on to black ice.

One result of this chaos was that year-end budget discussions and board meetings were filled with wishy-washy earnings projections, disclaimers citing market uncertainty, and a deep sense of anxiety if not despair. Yet 2018 ended a decade that was one of the most profitable on record for many companies and countries alike. Regardless of the doom and gloom peddled by many pundits and publications where telling tales of pending disaster sells as reliably as sex, by most measures, broad macroeconomic trends continue along on a positive trajectory.

As we enter the year of the Pig, two of our favorite ill-informed narratives this season are, “The Chinese economy is slowing,” and, “China is no longer a viable source of low-cost supply.” At best, both statements are half-truths that undergird poorly constructed arguments and at worst these declarations conceal more sinister motives. 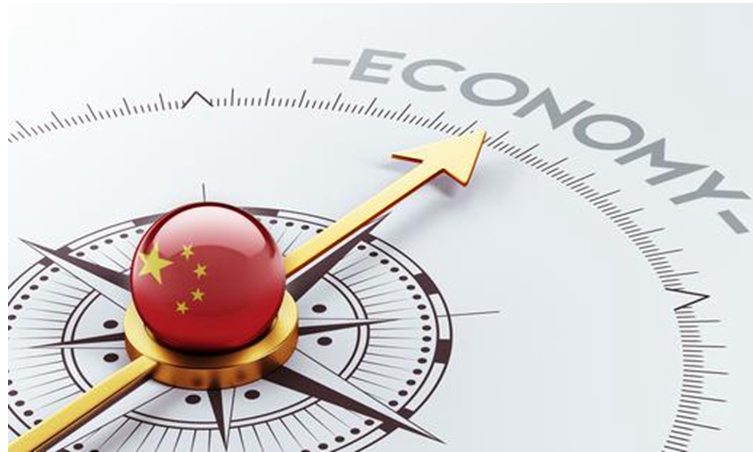 Take Apple as an example. Tim Cook pointing to China as Apple’s primary cause of pain in 2018 and angst looking out over 2019 is a valiant red herring play that should not detract from the key issue: the replacement cycles for handsets have slowed primarily because advances in handsets have plateaued. China is not the cause of the slowdown. The issue is the deeper global conundrum for Apple; A lack of innovative hardware that would fuel marginal growth in the base level of demand.

Admittedly, Apple’s products have been losing their luster in China as local competitors offer good products at 20 to 50 percent less. But even so this has not led to a meaningful decline in market share. Apple fans constitute a tribe analogous to those that vote for their team in the US political system and therefore it is inconceivable that such consumers (voters) will move away from Apple. The sales data for handsets bear this out. Over the last two years, Apple phones have commanded around 15 percent of marginal demand and 10% of the China market. With quarterly sales growth comprising about 15-20 percent of handset demand, Apple could increase market share by lowering prices but doing so might precipitate a fall from its vaulted, valuable and impregnable position as the premium brand.

Another proximate cause of Apple's conundrum are the rapid product cycles and volatility of demand patterns in China and most significantly, the demand for service and product attributes unique to China. Apple may need an “in China for China” product mix and strategy but such an offering would have consequences for the entire organization. It is a very subtle situation that many try to distill into snarky one-liners suitable for sale to news junkies. If we dig into the operational challenges and the math—the profits, costs, and opportunities—there is no obvious strategy for Apple to grow, at least in handsets.

Leaders at General Motors (GM) have also tried a version of this cheap parlor trick of pointing to disappointing sales in China as cause for missing earnings estimates. While China is GM’s largest market in terms of volume, a dissection of sales helps illuminate what is happening at GM. First off, 25 percent of GM sales in China, 1 million vehicles, are the equivalent of glorified wheelbarrows with a market price of $5-10,000 (depending if you go for the premium package!). Another 25% of the volume is for the GL8 series or similar “soccer mom” transport which is saddled with quality issues and a weak value proposition. These lower-end segments and staid platforms plagued with quality issues will be a drag on GM first because it takes an enormous number of $5,000 vehicles to generate meaningful earnings and second, because bad quality cannot sustain demand. It is interesting to note that for brands like Cadillac and other high quality and value products, growth can continue at high rates, albeit from a much lower base of just a few hundred thousand vehicles per platform.

The core issue for Apple and GM is not whether the Chinese economy is slowing but rather is the company’s strategy fit for purpose. This brings us to a perennial problem for most companies. China has presented a compelling consumer growth story for decades. Retail sales growth and income continue to grow in the 8-10 percent range. And the 6 percent GDP growth of today is equivalent to the double-digit growth of the past decades when no one blamed the “slowing” Chinese economy for their ills.

The crux of the problem for many corporations is short investment horizons in a market that consumes capital over extended periods, underfunded operations, strategies disconnected from the realities of implementation, and a lack of patience to cultivate the market. Additionally, there are often other compelling options that win the attention of those not solely reliant on China: very often the cost / benefit / risk analysis will generate a result that favors other regions such as Canada or Europe not because these markets have macroeconomic profiles for consumer demand that can compete with China but rather because the idiosyncratic microeconomic factors and implementation skills at most international firms are better suited to these regions.

While the domestic markets in China are attractive, they are also very expensive to enter either organically or via acquisition. Furthermore, they demand significant capital to fuel growth and constant attention from best-in-class resources that are informed and empowered.

China presents a puzzle that is riddled with sociopolitical dynamics, rapidly changing markets and competitive behavior, all of which are tricky to foresee and respond to particularly given the continued severe shortage of leadership talent. For those not fully committed to making a go of it, staying away from China is a prudent business decision.

Regardless of the hype and catchy titles we find in articles like a recent Op-ed piece in The New York Times, “American Companies Need Chinese Consumers,” the fact is that the vast majority of American companies could care less about what happens to consumer demand in China. The vast majority of international companies—those not in the Fortune 1000—depend more on China as a supplier of components and finished goods than a source of future demand.

In order to stay competitive, international companies still need to have an effective sourcing strategy for China.  Regardless of the parade of clickbait heralding the end of cheap China, the manufacturing base, particularly in engineered products as well as a host of core inputs in many verticals (textiles, electronics, automotive), still delivers compelling competitive advantages and value propositions that are hard to beat. Most of the competition in Southeast Asia and South America continue to face challenges such as capacity and labor constraints, rapidly rising costs, governments half-pregnant with capitalism, as well as quality control and delivery challenges that will take years to resolve. On the whole, companies should have a “China plus one strategy” for dual sources of supply. Most would be putting themselves at a competitive disadvantage by trying to source exclusively outside of China.