Every summer, the heat waves make us very uncomfortable, but so does our buddy truck.

Many truck friends will find that their car coolant temperature is high, but can not find the cause of high temperature, but under the helpless choice to radiator spray water to reduce the engine temperature, and even have truck friends completely rely on the water to cool down, resulting in leaving the water hard to do anything.

Actually causes the engine high temperature the reason to have roughly so several, as long as has the patience to examine item by item, may solve the question smoothly. Today I will give you a collation of some common causes of high temperature, if you encounter high temperature problems, can be used to compare.

1. the radiator surface is blocked

In fact, most of the engine high temperature problem is caused by the plug on the surface of the radiator, because the radiator in order to increase the heat dissipation area, will be installed between the thin tube fin heat dissipation, the gap between these fins is relatively small, it is easy to be willow catkins, soil, insect bodies and other debris plug. Once the blockage will cause insufficient ventilation, cooling capacity decreased sharply, resulting in the engine coolant temperature is too high.

In order to avoid this situation caused engine high temperature, I suggest that we in the annual willow catkins season after the past, a thorough cleaning of the radiator, so as to ensure that the whole summer radiator can work in the best state.

In fact, today's trucks rarely use water as coolant, so there is very little blockage inside the radiators. But some truck friends still like to use water, and water contains a lot of minerals, so it is easy to deposit into the radiator scale formation, affect heat dissipation, resulting in high temperature.

If your truck has been using water as coolant for a long time, and the phenomenon of high temperature appears, after checking the other places are all right, I suggest to check whether the radiator is blocked by scale inside, if there is a lot of scale, you can go to the repair shop specializing in the radiator for cleaning and dredging.

The role of the clutch fan is believed to be clear to all, it plays a role in cooling fluid temperature is not high when the fan speed, reduce energy consumption, so as to achieve the purpose of saving oil. But if it fails, keeping the coolant at a low speed while the temperature is high, it will surely cause the engine to overheat.

Actually fan clutch fault caused by the high temperature in engine, just running whether normally we can't judge, so now can only rely on the substitution method to verify whether the fan clutch has been damaged, if your car to appear the phenomenon of high temperature, and the other parts are all no problem, consider to replace a fan clutch have a try. 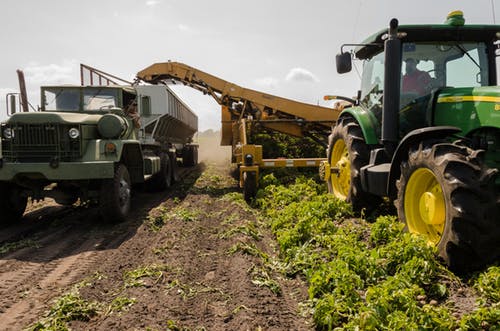 Every year this season, the willow catkins that flutters all over the sky weaves a beautiful scenery line, can also let truck friend cry endlessly.There has to be a mention of the water tank truck,also have to talk about the water tank truck cleaning ways.Here mainly introduces the truck external water tank and truck interior water tank clean.

Truck water tank insect-proof net, this kind of use is the most convenient, four corners have four hooks, bought back to put in front of the tank, hook a place on 0K casually, prevent catkins into the tank heat sink.

Even when there is no catenary, it is necessary to install a insect-proof net, because the vehicle is on the way, it is hard to avoid flying insects and other sundry adhesion in front of the water tank.

Be in a bit simpler, you still can buy window of a screen casually, to water tank in front of a meng, also can have the effect that gets twice the result with half the effort.

As in the case below, the catkins have stuck to the water tank or the intercooler or condenser in front of the tank, and are thickly coated.

Without removing the tank, you can simply remove it by hand in some places, and then use a flexible, hollow hose, attached to the repairman's air pump, to blow out from the engine side.

Every summer, truck friends generally think of cleaning the water tank, but there is a mistake, if your car from buy a car to now has been using genuine national standard antifreeze, generally there is no need to remove the cleaning.

High quality anti-freeze in winter and summer, with anti-corrosion, anti-rust and anti-scale performance. After two or three years of use, the original function of anti-freeze is lost, but it will not cause any blockage in the water tank.

General national standard antifreeze production cost per liter in five yuan or so, if it is 50 yuan when buying 9 kilograms of a small bucket of antifreeze, basically can be concluded as inferior products, because the business is unlikely to cost you.

The high temperature of the water tank is normal. The reason is that we all know that when we boil the aluminum pot at home, the water will form a thick scale on the bottom and around the pot.

The reason the tank on the vehicle is not so thick is because once the engine works, the water in the tank is always circulating.

But even so, you add water all the time, day after day still can build a scale on the conduit wall of radiator, affect engine to radiate heat so, bring about high temperature.

But this cleaning agent is very serious to the corrosion of the water tank, the tank on the truck will be released in one or two minutes at most, and then immediately rinse with clean water, otherwise it is likely to scrap the water tank, but after cleaning the effect is very good, just like the new product.

Water temperature control in the best condition of the engine is not only powerful, but also can improve work efficiency, save fuel, extend the life of the truck engine.